The most popular book ever published on the human mind, Dianetics: The Modern Science of Mental Health, generated an unprecedented wave of popular demand for personal instruction from the author. This lecture is L. Ron Hubbard’s first recorded spoken word on the breakthrough technology that inspired a movement now spanning every culture, across every continent, in over 50 languages. Here, then, is where the adventure began, an exploration into Terra Incognita—the mind. 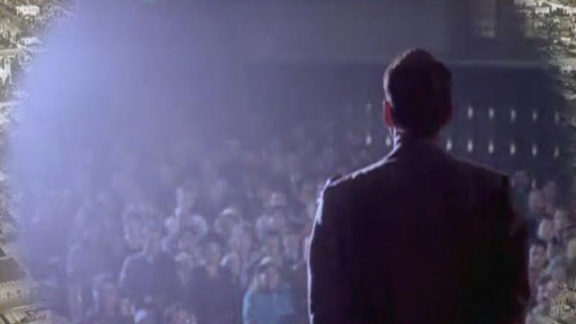 More About Introduction to Dianetics

People ask me these questions: “How did you ever think about Dianetics?”

Well, it doesn’t seem to me that it required much more than the cultural question itself—it has been with Man now for perhaps fifty thousand years: “What makes Man tick?” “Why does Man act as Man does act?” These questions are found in the oldest literature we have. —L. Ron Hubbard

Released on May 9, 1950, Dianetics: The Modern Science of Mental Health became an overnight publishing sensation. Immediately hitting the New York Times bestseller list and remaining there for 26 consecutive weeks, it was unquestionably the most popular book ever published on the human mind—a distinction it holds to this day.

So great was the excitement that, virtually overnight, some 750 Dianetics groups sprang up across the United States generating what was, quite literally, a wildfire grassroots movement. It also generated an unprecedented wave of popular demand for personal instruction from its author, L. Ron Hubbard. Consequently, and within weeks of the book’s initial publication, Mr. Hubbard was traveling coast to coast, lecturing to tens of thousands of new readers on his discoveries and their application. To provide for still greater numbers he could not otherwise hope to reach, Mr. Hubbard soon directed the lectures be recorded so they could be further reproduced for one and all.

So came his lecture to a packed Municipal Auditorium in Oakland, California. It stands today as the first recorded spoken word on the breakthrough technology of Dianetics.

Since then, decade after decade, Dianetics has continued to appear on bestseller lists world over with tens of millions of copies now in circulation. Moreover, the movement Dianetics inspired now spans every culture, across every continent, in over 50 languages of Earth.

As L. Ron Hubbard said in Dianetics: “You are beginning an adventure. Treat it as an adventure. And may you never be the same again.”

Here, then, is where that adventure began, an exploration into Terra Incognita—the mind.