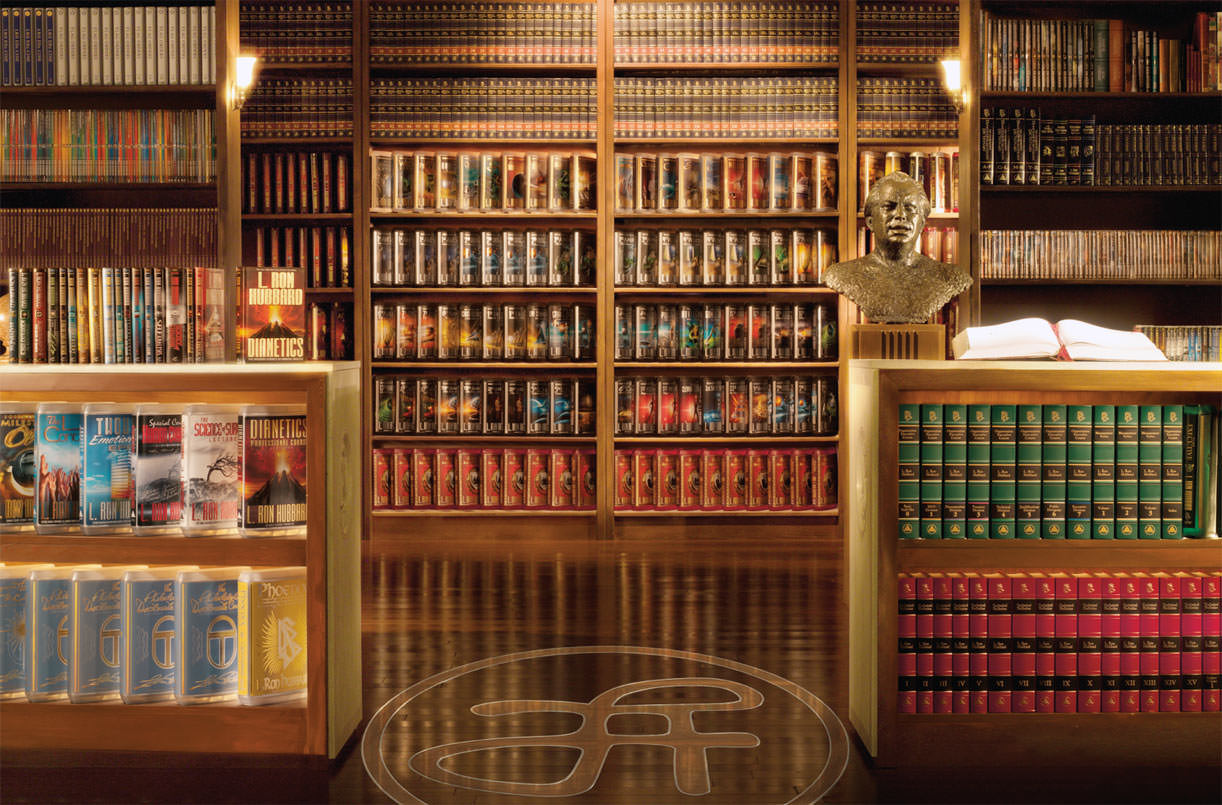 “These materials contain the full basics of the only game in the universe where everyone wins, the game of triumphant life itself.”
—L. Ron Hubbard

We are very rich in materials, in results and in the potential future. Through our hardest times we have endured. Into our brightest times we are expanding.
—L. Ron Hubbard

In fulfillment of those words, and quite literally so, came the Golden Age of Knowledge. It is predicated on the fact the Scientology Bridge is comprised of training, auditing and knowledge, of which knowledge is most preeminent. It is further predicated on the fact that Scientology is comprised of materials representing a chronological path of research and development. But with only a portion of those materials previously available, Scientologists possessed no route to complete understanding of that path. Indeed, there was no way to even gain an understanding of how various materials related to other materials—how books related to lectures, or one series of lectures related to another. Then, too, there was no way to differentiate between various bodies of materials—between broad public lectures and lectures intended for professional auditors.

Thus, Scientologists were left with what L. Ron Hubbard aptly described as a “narrow view” of Scientology, a view which neglected the more considerable materials.

And thus came what he long advised in the way of a Materials Guide Chart for the all-encompassing view.

It is expressly what the title implies: a comprehensive guide to the materials of Dianetics and Scientology—what those materials represent each unto themselves and how they relate to one another. In that respect, the Materials Guide Chart was indeed the key to understanding the woof and warp of Mr. Hubbard’s materials and thus the backdrop against which the Golden Age of Knowledge unfolded.

In full, the Golden Age of Knowledge constitutes the single most sustained and embracive program in Scientology history—more than 25 years of concerted research, recovery, restoration and verification. Included therein were projects to locate all extant L. Ron Hubbard manuscripts and recorded lectures—which, in turn, necessitated scouring every locale where he wrote and/or lectured. Also in the name of a Golden Age of Knowledge was a two-million-man-hour project to ensure the purity of the materials: that transcriptional errors in dictated issues/books were corrected, that editorial additions were deleted and that every page was indeed true to the original—right down to the last comma. While if only for the merest sense of it: quite apart from altered punctuation and garbled text as inserted by stenographers, careful scrutiny revealed whole passages omitted from Basic Scientology Books and entire sequences of chapters reversed. Consequently, and no matter how carefully those books were studied—words cleared, concepts demonstrated—full conceptual understanding was impossible.

There was substantially more. Quite beyond challenges of textual verification lay seemingly insurmountable problems of tape restoration. In particular, among the 3,000 lectures Mr. Hubbard delivered from 1950 forward were numerous recordings on deteriorating tapes and fragile wax disks not heard since he originally delivered those lectures.

Moreover, any attempt to copy such recordings threatened to destroy the lecture entirely. There were also recordings burdened with electronic interference—hisses, crackles, pops and static—that left whole passages largely indecipherable. In consequence, many a lecture series had been scrambled, which in and of itself obscured Mr. Hubbard’s path of research and development.

In reply, and only made possible when project engineers pushed twenty-first-century digital technology to the very ends of the envelope, came full restoration of the L. Ron Hubbard lecture library. Full tonality, full clarity, full lecture transcriptions and glossaries, even matching ambience to the rooms in which he originally lectured—all this has now come to life in the Golden Age of Knowledge.

With the full legacy of Mr. Hubbard’s materials at hand came the equally monumental task of making those materials globally available. It proved an equally daunting task as no conventional publishing, printing or compact disc manufacturing plant would suffice—not with 3,000 separate lectures in the library and a catalog of his books for readers in any one of fifty languages. Indeed, it actually required a wholly original printing, pressing and distribution strategy. That strategy is now embodied in the world’s largest in-house digital publishing facilities: The Church of Scientology’s Bridge Publications in Los Angeles and New Era Publications in Copenhagen. In tandem, those organizations provide books and lectures on a truly universal scale (whether 500 copies for an emerging Scientology community or many millions for the Americas). Accordingly, L. Ron Hubbard’s materials in, say, Vietnamese or Swahili are now provided with the same efficiency and economy as an English edition of Dianetics. The net result: Dianetics and Scientology materials now accessible to almost anyone and at a cost below that of even 1950.

The materials of Dianetics and Scientology represent both the foundation of The Bridge to Total Freedom and the totality of knowledge requisite for freedom. They also signify the triumph of Mr. Hubbard’s Technology and all whys and wherefores of his technical development. Then too (and it is a triumph in and of itself), you now possess the entirety of these materials and they literally lay bare the secrets of this universe for all eternity. Consequently, all that remains is that we fulfill these words from L. Ron Hubbard:

There are vistas never dreamed of, there are joys never even known, there are glories no past glory ever surpassed. These wait for you but only if you accept my legacy and help bring these things about. —L. Ron Hubbard