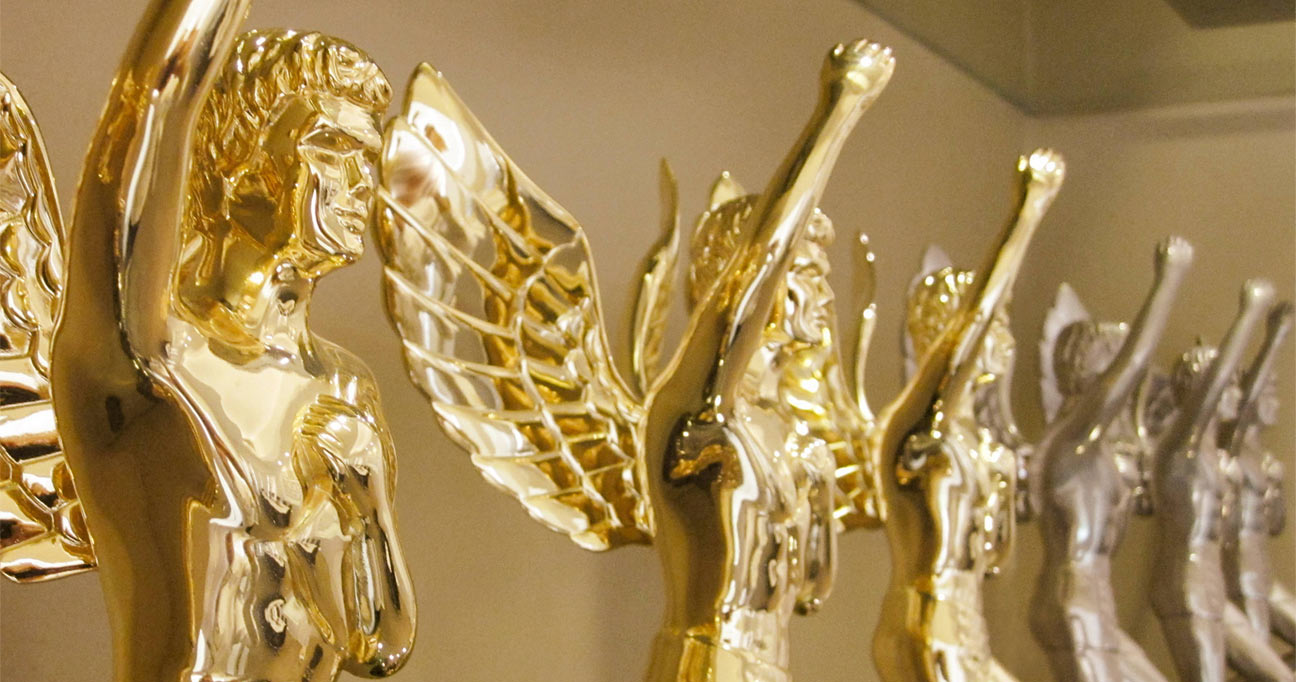 In our all-digital manufacturing facilities, we work with publishing and design professionals from all fields to bring about a seamless line from creation to final product. It is due to this teamwork that Bridge Publications, Inc. has been honored and recognized in the graphic arts and publishing industry.

The American Design Awards (ADA) are internationally recognized as among the top honors in design. Perhaps the most popular independent awards program, it receives more than 35,000 submissions annually. The ADA program was founded upon a set of guidelines which every designer is encouraged to uphold and abide by for the greater good of the industry.

For the past four decades, the American Graphic Design Awards has been a flagship competition open to everyone in the graphic arts community: graphic design firms, advertising agencies, in-house corporate and institutional designers, publishers and other media. The awards honor outstanding new work of all kinds in 23 categories from print and packaging to internet and interactive design.

The American Inhouse Design Awards has emerged as the premier showcase for outstanding work by inhouse designers. It is a unique opportunity for inhouse design, marketing and communications departments within corporations, publishing houses, non-profits, universities and government agencies to be recognized for their creativity, the special challenges they face and their contributions to their businesses and institutions.

The Foil and Specialty Effects Association (FSEA) Gold Leaf Awards honor the best in foil stamping, embossing and specialty effects, recognizing some of the most dazzling and technically difficult work in the industry. The FSEA Awards cover everything from book covers and jackets to calendars and holographic foils, with three awards (gold, silver and bronze) given for each of the entry categories.

Established in 1987, the Gold Ink Awards competition has earned the respect of the industry’s most important producers of printed material. The competition attracts the highest quality of work from printing professionals, recognizing the continent’s top printed pieces in terms of print quality, technical difficulty, and overall visual effectiveness.

Hewlett Packard, also known as HP, is a multinational American company founded in 1935, and one of the world’s largest providers of information technology equipment and applications solutions. HP specializes in developing and manufacturing all forms of digital hardware, including a diverse range of digital printers and imaging products. HP sponsors an awards program to acknowledge its publishing clients for achievements on specific HP equipment.

The International Book Awards, sponsored by JPX Media, spotlights national and international authors and publishers deserving recognition for their work in over 150 categories for design and editorial excellence.

The National Indie Excellence Awards competition is judged by an independent panel of experts from all aspects of the publishing industry. Rather than highlighting any specific element, these awards recognize those books that demonstrate an indefinable synergy of elements which together make for an excellent presentation.

The contest honors small to mid-size presses and independent and self-publishers who are emerging as significant forces in the book-publishing world.

The National Best Books Awards, founded in 2002, honors major and independent American publishers for creative and innovative book and cover designs and production.

The Next Generation Indie Book Awards is a non-profit program for independent publishers and authors worldwide. The awards were established to recognize and honor the most exceptional independently published books in 60 different categories, with the awards presented by the Independent Book Publishing Professionals Group.

The Premier Print Award—the Benny—is the world’s oldest and largest worldwide graphic arts competition. Started in 1952, the competition is administered by the Printing Industries Association, the premier graphics arts trade association representing 12,000 member companies and one million employees. Thousands of entrants vie for the prestigious Benny in 93 categories, with winners exemplifying the highest standards in industry quality. The Benny is named after Benjamin Franklin, one of America’s first and most accomplished publishers.

The Progressive Manufacturing 100 awards are sponsored by Managing Automation magazine, honoring 100 companies for incorporating multiple levels of innovation into their operations. Award winners are selected by the editorial team on the basis of success in thinking outside the box and demonstrating one of eight core masteries, including operational excellence, customer service, systems integration and training.